Family Drama Vivah Bhojpuri Film Trailer Releases On Youtube:The trailer of Bhojpuri Movie Vivah released on YouTube. The film has tremendous chemistry with Pradeep Pandey and Sanchita Banerjee. The film is releasing at the box office on the occasion of Diwali.

During the event, Ravi told that after many years a complete family drama film will be release. The film Vivah is releasing at the box office on the auspicious occasion of Diwali. In trailer of the film, the makers have shown tremendous chemistry of Pradeep Pandey and Sanchita Banerjee. The trailer also has a glimpse of Kajal Raghavani’s item song.

Also Visit : In Bhabua the ward councilor’s son shot and killed a young man from Sikthi

In the film’s story, Pradeep Pandey is fraudulently marry to Sanchita Banerjee, after which Pradeep’s father, along with the whole family, bothers his new daughter-in-law. At the end of the trailer, Sanchita, saddened by all this, goes to commit suicide by telling her and her family’s compulsions. For more content about Vivah Bhojpuri Film visit TOP10BHOJPURI. 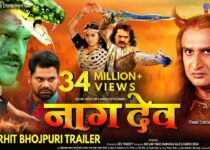 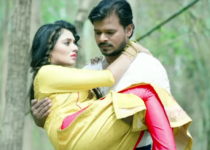 Neetesh singh is co-founder of ‘Top10bhojpuri’. He is the brain behind all the SEO and social media traffic generation on this site.